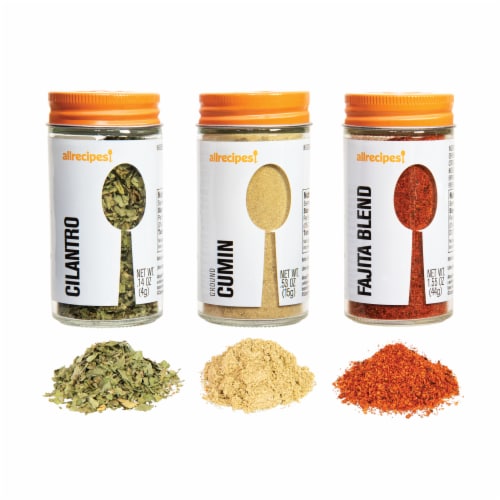 3 ESSENTIAL SPICES: Set includes Cilantro, Cumin, and a Fajita Blend, three important components of Mexican cuisine plus an exciting recipe to try    CILANTRO: Dried cilantro is great in dishes that call for the flavor of cilantro, but that cook for a while, like arroz con pollo, chicken and rice; unlike fresh cilantro, you can add it in right at the start of your cooking and not have to worry about it