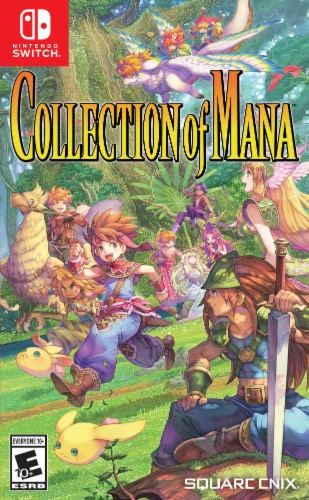 Maintain composure through tumultuous encounters and restore balance back to the world in Secret of Mana for Nintendo Switch. By befriending eight custodians of Mana's power, Randi and his two partners are able to battle a treacherous empire. Live every moment with these three intriguing characters as they revive a strong magical power in Secret of Mana.

Collection of Mana brings the first three titles-Final Fantasy Adventure, Secret of Mana, Trials of Mana to the Nintendo Switch. All three games now include a convenient quick save feature. It allows players to listen to classic music tracks from each game.