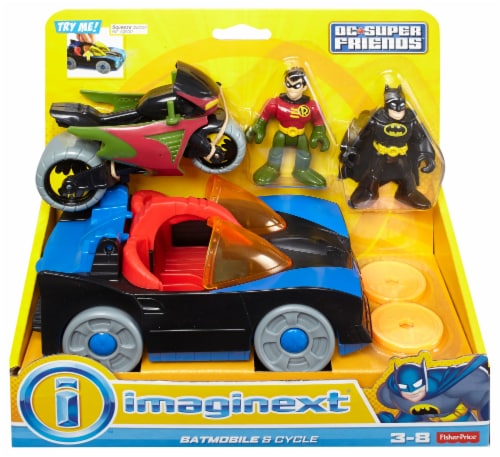 Cruising in the Batmobile is cool because it lights up when kids press a button, and it's equipped with a launcher that lets kids fire disks at any and all villains that plague Gotham City. Robin might say it's cool to cruise Gotham City on his cycle. Either way, imagination kicks into high gear as kids role-play different adventures with their favorite Dynamic Duo!