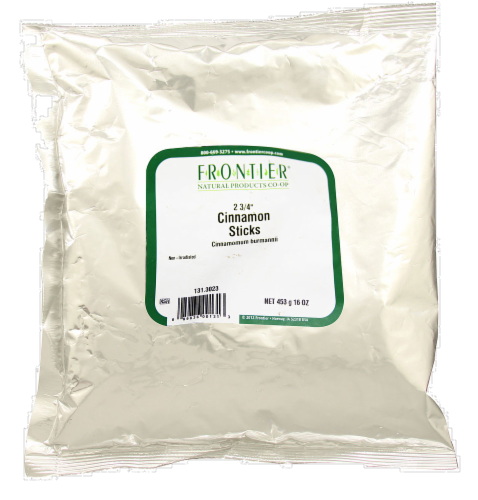 Cinnamon sticks are flavorful and fun in mulled drinks and teas. (Serve each cup with its own cinnamon swirler.) Or combine them with allspice, cloves, and ginger to make your own mulling spice.

Cinnamomum burmannii, native to Indonesia, is an evergreen that grows 40-70' tall, with thick, leathery leaves up to 7" in length, and yellow flowers during the summer months. Unlike ceylon cinnamon, these sticks are made from outer tree bark, which is dried in quills and have a much more rigid texture and darker color the ceylon sticks.