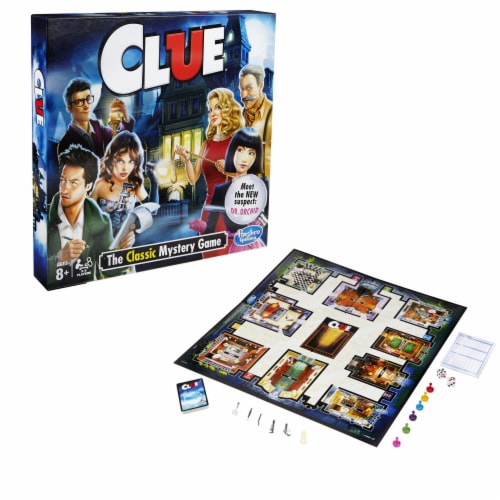 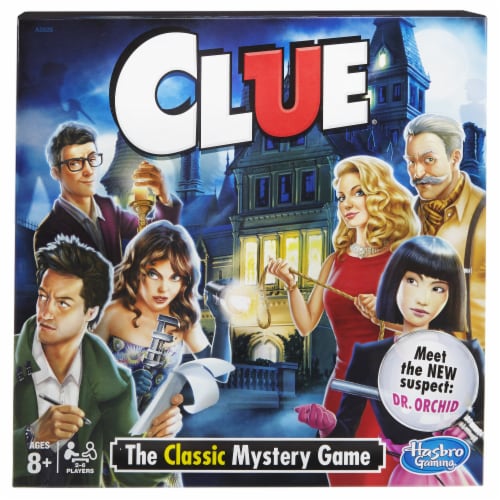 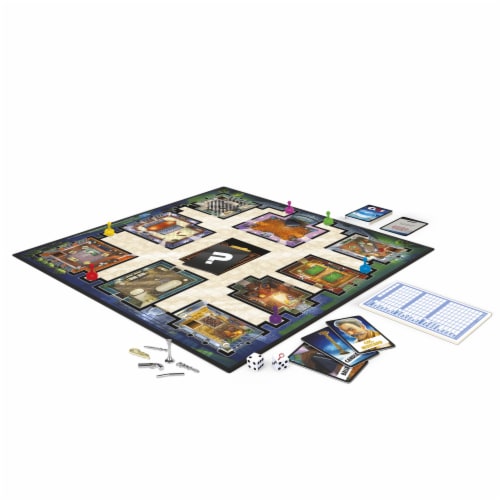 One murder... six suspects. In this suspenseful Clue game, players have to find out who's responsible for murdering Mr. Boddy of Tudor Mansion in his own home. Get the scoop on the mansion's rooms, weapons and guests and start detecting! Was it Plum with the wrench in the library? Or Green with the candlestick in the study? Eliminate information throughout the game in this classic whodunit. The player who correctly accuses Who, What, and Where wins!