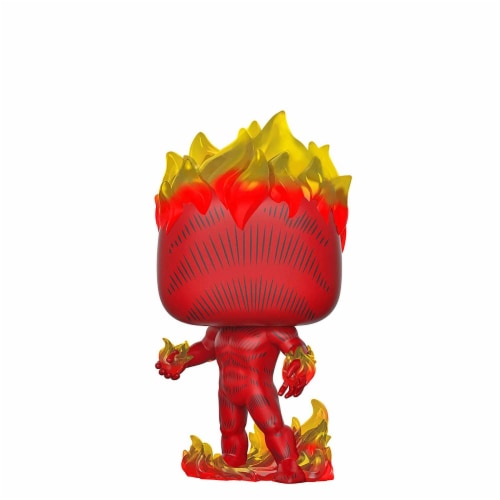 I'm gonna be honest, of all the superhero abilities out there, I'd probably be pretty bummed if my power was to combust into flames. How many clothes do you have to burn off before it gets annoying But none of that seems to bother Johnny Storm. If you ask him, it's probably better than whatever happened to Thing. Now you can celebrate the coolest walking matchbox in the Marvel Universe with this awesome Marvel: 80th - First Appearance - Human Torch Vinyl Figure from Funko Pop! You won't be needing flashlights anymore when you bring home this officially licensed Human Torch Vinyl Figure. Just avoid gas stations and you'll be fine.