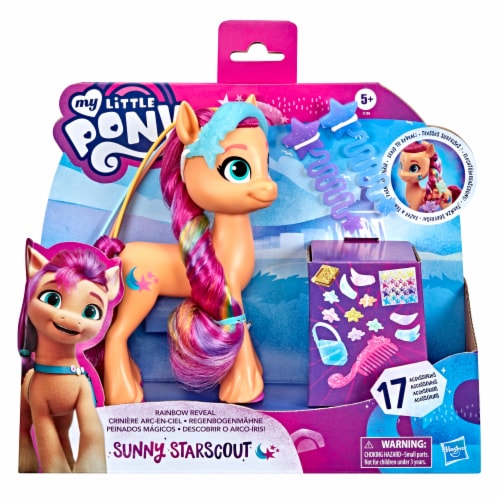 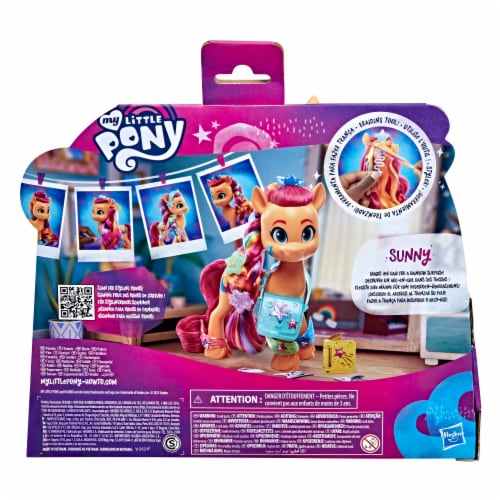 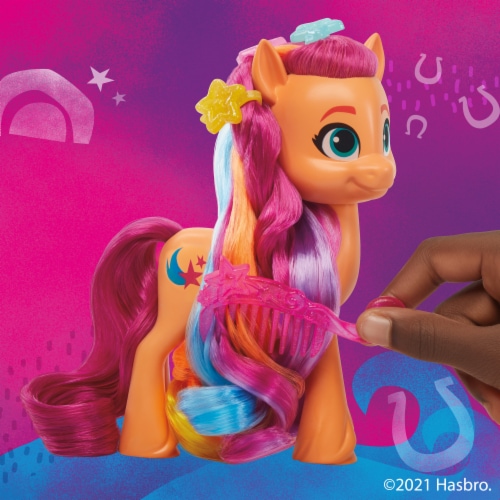 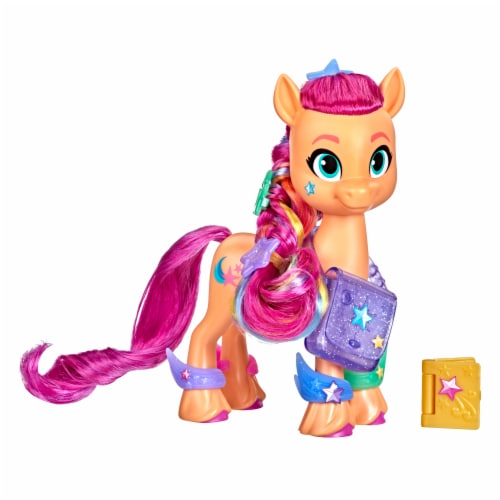 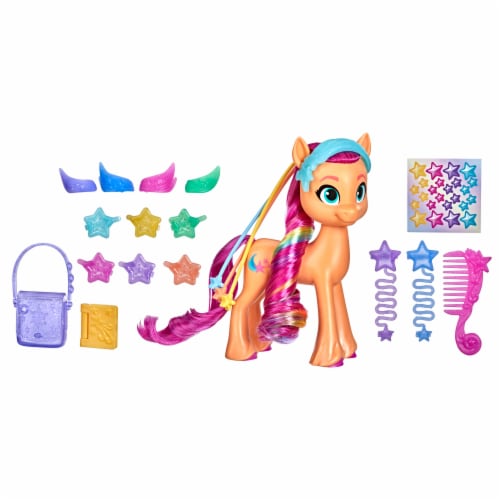 Hover to Zoom
Item 1 of 5 is selected.

Get to know Sunny Starscout: an Earth Pony from Maretime Bay! Sunny is curious, adventurous, and determined to make the world a better place. Imagine discovering a colorful surprise under her signature braid with Rainbow Reveal Sunny Starscout, inspired by the My Little Pony: A New Generation movie.

Includes a 6-inch Sunny Starscout orange pony figure with a character-inspired shooting star Cutie Mark on one side. Figure has soft, long pink hair for lots of hair play fun! Included braiding tool can be used to style her hair into a braid, revealing a colorful rainbow pattern as you go. Comes 17 hair and story accessories. Customize Sunny's look with the clips, headband and bracelet, place her movie-inspired journal inside her iconic saddle bag, then decorate everything with stickers!

Fans new and old can imagine adventures with My Little Pony: A New Generation toys and gifts for kids ages 5 years old and up.

My Little Pony and all related characters are trademarks of Hasbro.

Includes figure and 17 accessories.
Figure scale: 6 inches
Ages 5 and up
WARNING: CHOKING HAZARD – Small parts. Not for children under 3 years.