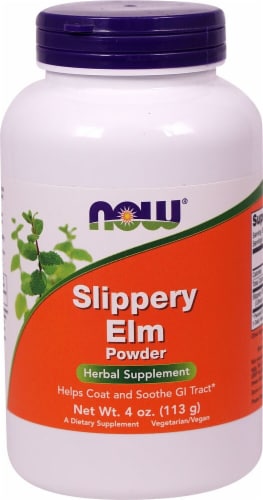 Slippery Elm also known as Red Elm, Moose Elm or Indian Elm, is a small North American tree that has been traditionally used by herbalists for over 100 years. It was reportedly used by native North Americans and early settlers as a survival food. It''s bark is known for its mucilage constituents, which can  help to coat and soothe the tissues of the GI tract.