Due to scheduled maintenance. Rx Refill order submission is temporarily unavailable. We apologize for the inconvenience. 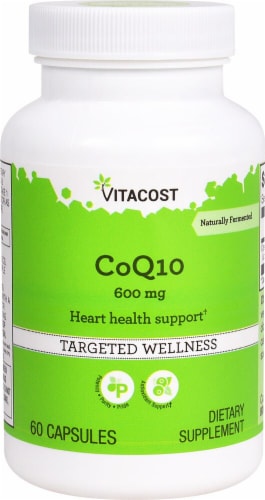 Coenzyme Q10 (CoQ10) is a fat-soluble, vitamin-like compound found in every cell of the body. It’s used by the mitochondria (“power plants”) of cells to produce energy. CoQ10 is found in highest concentration in cells of organs that require large amounts of energy, such as the heart.

Vitacost® CoQ10 is a targeted wellness solution - just for you.