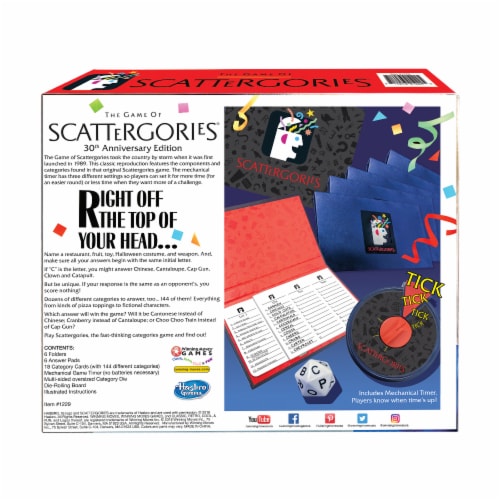 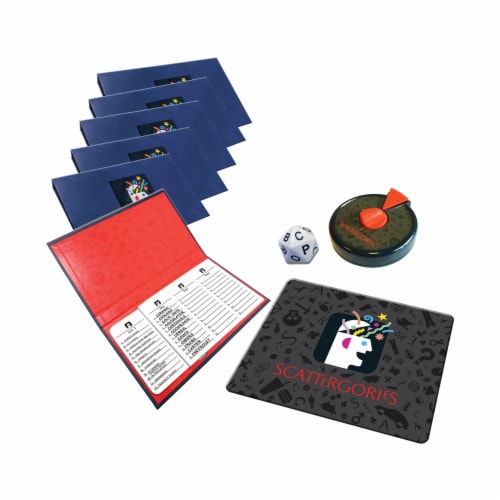 The Game of Scattergories took the country by storm when it was first launched in 1989. This classic reproduction features the components and categories found in that original Scattergories game. The mechanical timer has three different settings so players can set it for more time (for an easier round) or less time when they want more of a challenge. Name a restaurant, fruit, toy, Halloween costume, and weapon. And, make sure all your answers begin with the same initial letter. If C is the letter, you might answer Chinese, cantaloupe, cap gun, clown and catapult. But be unique. If your response is the same as an opponent's, you score nothing! There are dozens of different categories to answer, too... 144 of them! Everything from kinds of pizza toppings to fictional characters. Which answer will win the game? Will it be Cantonese instead of Chinese; cranberry instead of cantaloupe; or choo choo train instead of cap gun? Play Scattergories, the fast-thinking categories game and find out!